Not (Just) a Couple of Hippies

Just so that you don't think we're nothing but Buddhist hippies in this household (oh, we're so much more -- and there's not an ounce of patchouli in the place), I thought I'd let you know what else I'm about. Come along. (BTW, no offense is meant by "Buddhist hippies." I love both groups of people!...hmm, if I generalize toward the positive, is it still bad generalizing?)

My last post let you know about Dave's blog, which is about finding his Buddhist "side", as it were. I'm super excited that he's working to implement what he's been learning into his -- and, in a way, OUR -- everyday life. It helps him deal with his high-stress job and appreciate life more, which definitely spills into my life. While we were both raised Catholic (and are getting married in the Catholic church), we are pretty non-religious. So, it's not as if we're converting to Buddhism. One great post that he made concerned the fact that Buddhism is actually a way of living that can coincide with (and should work quite well with) other religions -- and even work in the lives of the non-religious! When I mention Buddhism, it often elicits a raised eyebrow, but we're very much ourselves and are quite a down-to-earth (I hope!) and "normal" couple. To look at us, we're not hippies.

While I've had hippie tendencies throughout my life (I love the Beatles and many of the hippie ideals), it doesn't define Dave or myself. We have many varying interests. For example, we met at our local community theater, became friends, and the rest is history (in short). Hence, the name of the blog! Currently, he's the president and I'm the secretary of the theater, so it's a pretty important part of our lives. Oh, and when we have time, we like to make stops at antique shops. I think that, in a way, this goes hand-in-hand with our timelessness. We're a pretty classic couple, so when we choose lifestyle paths, it's based on our true feelings and connections, not fads ('cuz that would get even more expensive!). I'm lucky that Dave has been not only supportive but just as enthusiastic about our eating and other lifestyle changes as I have. Little did we know that with a couple of minor choices we first bought our house a year ago, we were already on our way to a greener lifestyle. Dave was all about energy efficiency (more for cost than Earth-saving reasons) and bought nothing but energy-efficient light bulbs. Also, it being our first house, we needed a lawnmower -- so I bought him an update of the old school push mower (pay no attention to the reviews; we give it 4/5 stars). He can mow as early as he wants on weekends without waking a single neighbor, and the "whirring" noise is lovely to listen to. It's also a great workout, and he really enjoys using it.

So, that's a little bit about us. We're a pretty passionate, low-key couple. To learn more about how our wedding plans are going, check out our wedding blog.
Posted by Unknown at 5:07 PM 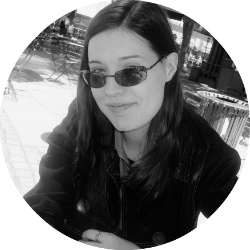 Search for What Ails Ya 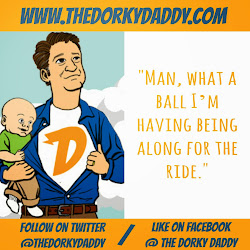 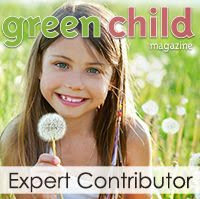